Back in 2009 Devon Tree Services were faced with the colossal task of producing a methodology for the removal of 101 mature trees from the embankment at Crownhill Fort, Plymouth. To say the operation was a logistical challenge is a huge understatement to say the least!

The embankment itself, above the moat, is for the most part steep; estimated to be about 35-40º. Below the embankment is a 10 meter wall, at the base of which is the moat bed, approximately 15-20 meters wide, with a further 10 meter wall providing the outside defenses. The main task was extracting the timber safely. A crane wasn’t an option and neither was man or horse power, so there was only one other possibility – helicopter.

The trees were soft felled by the most experienced members of our team and then prepared for extraction. The timber was then chained and attached to the helicopter and then eventually moved to the adjacent field, landed at the western end, after which they were removed to a part of the field for processing.

The timber was then processed and moved from site.

The duration of the work was approximately a month, and by putting an extensive health and safety system in place it was possible to complete such a demanding project safely and professionally. 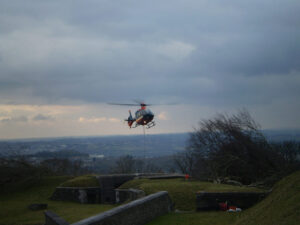 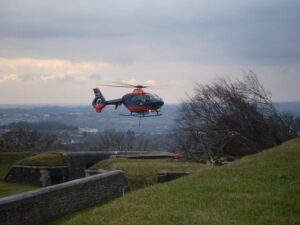 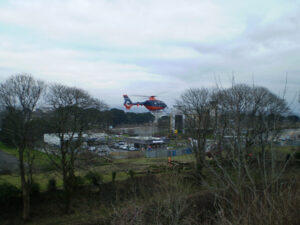 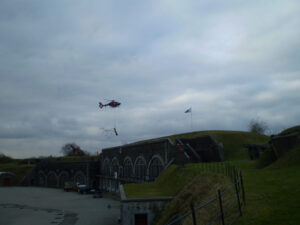 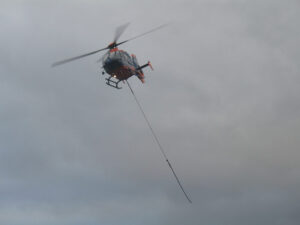 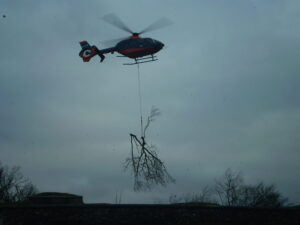 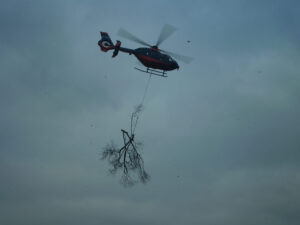 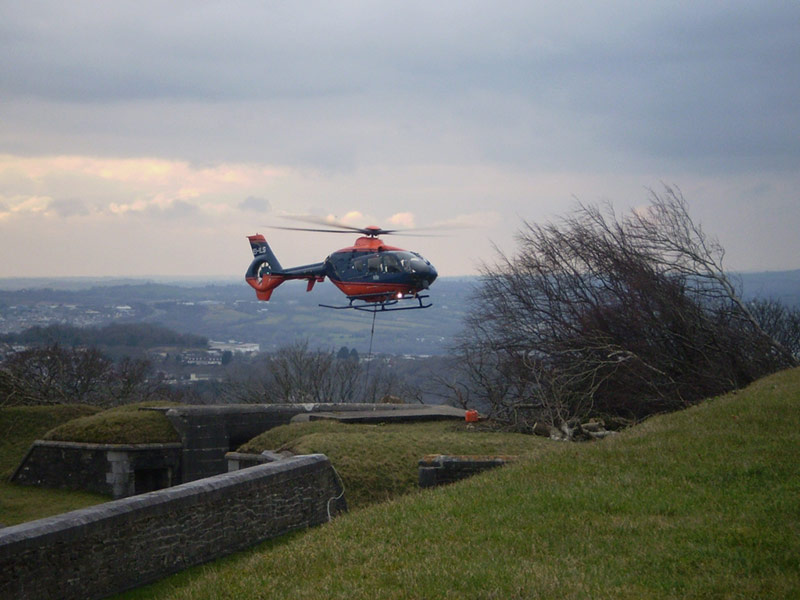